Find and kill Zalgo before he kills all (Current)

Split Personality Psychopath
Note: This is an OC creepypasta. And I wish I can make it canon.
-TheMask101

Xandy was a high school student named Kevin Lin before registered as a Creepypasta. This is the story where he's threaten, disappearing from the incident, and becoming a psychopath.

*January 19th, 2018. What is this feeling? Was it depression, was it jealously? It all started when my crush, Scarlet, was taken by Rocky, the new kid and a junior year student.*

{He'd walk towards her}

Kevin: What else can I wear?

Rocky: {Sarcasm} Oh I'm sorry, I didn't see you there.

Kevin: I can tell that was on purpose.

Rocky: Listen, she is my girlfriend. You do something to her, I will kill you. This is a warning, got that?...

{Silenced for one second}

Rocky: That's what I thought... you f**king loser.

{The word "loser" echoed in Kevin's mine}

Scarlet: Are you ok?

Kevin: Just a headache... {Walks away}

{Kevin still has a headache} {Kevin sits with Jack}

Jack: Ok, I was slacking off. Big deal.

Kevin: That's gonna be due next period, you need to fin-

{Rocky spilled a carton of chocolate milk on Kevin}

Rocky: {Sarcasm} Oh, I am so sorry for bumping into you.

Jack: Really?! My homework is soaked!

Rocky: That's good, I hope you get a "good grade." {Chuckle}

Kevin: {Walks to his bus}

{Kevin turns around seeing no one behind him, turns back around face to face with Scarlet}

{Rocky pushed Kevin onto the bus}

Rocky: What the hell you think you're doing. VIRGIN!

Scarlet: Rocky! he didn't do anything!

Rocky: I see what you're doing. You like to piss me off, do you?

Scarlet: Knock it off!

Rocky: Maybe that's why you don't have friends, you're always annoying as hell!

Scarlet: Put him down!

Rocky: Oh I'll put him down alright. {He grabbed Kevin's face and smash his head on the bus}

[Outside of his head]

{Kevin punched Rocky, grabbed him by the neck, and slam him onto the school column}

{Kevin's eyes turned normal, looked at the crowd, runs away into a forest}

Scarlet: No, it’s my fault.

Jack: Where are you going?

Jack: I'm coming with you.

Scarlet: I'll be fine by myself.

[2:05 PM - Scarlet and Jack continued searching Kevin in the forest]

Scarlet: Who are you?

Kevin: I ask you to leave the forest, now.

Scarlet: But we just found you, why?

Kevin: I have to stay here. To prevent others from getting hurt.

Scarlet: We can help you.

Jack: Kevin, just come with us.

{Kevin constantly running until he stopped}

Kevin: {Panting} I don't know why you're following me.

Kevin: Who are you anyways?

???: I am an entity from another world, you may call me The Artist.

The Artist: I create stories. Everything that happened in your life was caused by my choices and my decisions.

The Artist: You were going to die, so I created 2 entities living inside your mind to help you.

Kevin: Why are you doing this to me?

*The man disappeared without answering my question*

Xandy wears a black hoodie (Rarely wears a grey jacket), blue jeans, and black Nike shoes. Before registered as a Creepypasta he once had black hair and brown eyes, (Always believing they're darkish grey). Xandy actually has two forms: When he takes off his hoodie, he becomes his human form (eyes stop glowing). However. when wearing his hoodie, his entire body becomes a shadow, his shadow form, (eyes start glowing).

A: Xandy is identified as a Two-Personality Psychopath/Killer. His name is actually a separate word: X and Y.

Q2: About his personalities.

Q3: What makes him a killer?

A: Xandy is a psychopath who wants to kill only those who hated him, bullied him, abused him, and hurt his feelings. The world can be a cruel place sometimes.

A: Xandy is a copy of an entity named The Artist. The Artist is the alternative version of TheMask101 (Kevin) who created Xandy to be part of the Kevinverse Army.

Q6: What happened to his parents and how they die?

A: They were murdered by Slender man because Xandy refused to become his proxy.

Q7: Does Xandy have any friends?

A: He never had friends because he always thinks the world hates him. As for people who want to become his friend, he only thinks they're pretending to be friendly. He also believed he suffered from the "God Curse."

A: Kevin believed he was born with a curse where it kills anyone he cares about or anybody who becomes his friend. He also started believing he's a fallen angel, that he did something to piss God off where he descend to the human world.

Q9: "His eyes once turned purple," what does it mean?

A: It means his anger. A personality nobody can talk about.

A: He has a bad relationship with everybody. (Xandy use to be heterosexual until people started trolling, saying he's gay. Xandy is now asexual)

A: Xandy can't die in his shadow form, so to kill him you need to take off his hood first.

A: Ingredients for the summoning: 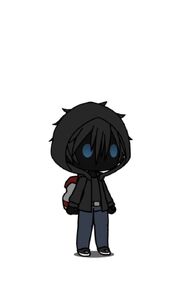 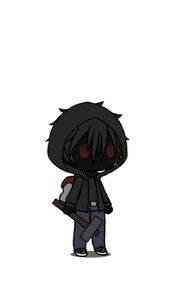 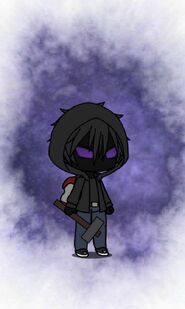 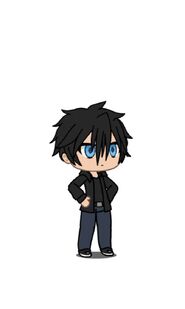 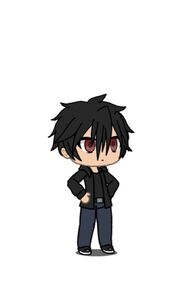 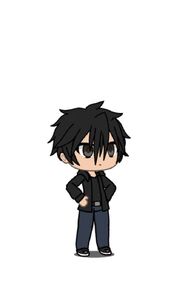 Xandy (Without Hood)
Community content is available under CC-BY-SA unless otherwise noted.
Advertisement