Alive (And at large)

To destroy the faith of the religious (On-going)

John Porter is an outlaw scientist, an aggressive anti-religion man who takes pride in disproving Christianity and other spiritual beliefs before slaughtering the victim as proof.

He takes his atheism to a whole new level, mercilessly killing thousands who refuse to accept his version of the truth. He is a sick, sadistic man on the rampage. Often disguising his mass killings as accidents or group suicides.

Angel Muriel is 6' 2", with dyed grey-purple hair. He dawns an oversized, button-down labcoat with long, black rubber gloves. His boots are also button-up and white, made out of liquid-resistant material. Muriel wears large red goggles that are often bloodstained and have glowing X's covering them. His grey pants nearly match his off-color tanned skin tone.

John was raised in a dysfunctional, strict, religious home. He was often harshly punished for questioning his parents' strong Christian beliefs and took refuge in science and fact searching. Once this was discovered by his mother, Christine, she went into a rage and burned every single possession of his. Including homework, school belongings, and sentimental gifts. This was the beginning of the young man's deep-rooted hate of religion and spiritual faith that developed over years of continued forced religion in his house. The constant destruction of his work and required school materials cause John to fail 10th grade three times before eventually he was kicked out of Semor High School, and he was forced to take up a job as a church light technician.

Many years he spent obediently serving the church and pretending to follow the religion as a front, in a desperate attempt to keep his stuff from being burned like it was trash. But the repression of his intentions leads him to start his own experiments and research deep in the woods behind his home. Of course, like almost everything, his parents found out about these curiosities and put an end to them quickly. As if the last strike to light the match of his rage, every bit of his work and even his clothes were burned as - not a punishment- but as a delusional attempt at “saving” him from “blasphemous powers”. John had enough of the agony and careless destruction of his things and plotted to somehow seek revenge against his own family, the ones that had destroyed him mentally and emotionally. It didn’t take long for the teen to figure out a way of picturing and recording things his family could never get ahold of or burn. He used many tactics to develop his memory into an almost eidetic memory, storing all his plans and ideas in his brain, the place his mother couldn’t take his passion away from him. The constant badgering of his goals and the refusal of his career choice of environmental science had left John feeling useless and stupid. And, of course, this wasn’t the intention of his parents, but rather the perceived “worthy” consequence of  “saving” John from the path of evil he so threatened upon himself.

17 years old left him angry and frustrated, able to see through his parents’ delusion and wanting to save his little sister from the same fate that had been bestowed on him. Of course, the Porter family saw John as a failure of faith and truth, which resulted in the near brainwashing of his younger sister as a desperate attempt at salvaging the “disaster” of a family. The dysfunction only grew when the young man sought to pull his sister out of the pit his parents were created for both of them. The last straw was placed on the camel's back once he confided in his now 13-year-old sister about his frustrations and efforts. But, unlike John, she believed every single word to come out of her mother’s mouth. And as he walked away from their conversation, the young girl ran to their mother to tell of all the things she had heard. The last person he could seek comfort in had betrayed him, and there was no sating his sadistic and vengeful urges of violence. Just like they had burned him and his things, he was going to burn everything they ever cared about. Starting with the church.

At the age of 18, John felt all the years of mental torment and hate fester out of control, driving him to sabotage one of the electrical systems. This caused a massive fire, and after the young man remorselessly locked the chapel doors, all inside were cooked alive and died. This included his mother, father, and younger sister. From then on, he set out to destroy religion, one church at a time. 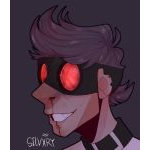